“Love must be sincere. Hate what is evil; cling to what is good.”


A 5-time Pro Bowler and one of the best defensive linemen in the NFL throughout the past decade, Jurrell Casey has put together a career filled with accolades and successes. Drafted in the 3rd round of the 2011 draft by the Tennessee Titans out of USC, Casey has been one of the brightest spots of one of the most talented draft classes the NFL has seen. But throughout all of his success on the field, Casey has also been working to make a difference away from it.

A native of Long Beach, California, Casey has long been sought after by many teams for his athleticism, his skill, and his heart. A talented recruit out of Long Beach, Casey made the decision to play collegiately at USC. A star for the Trojans, Casey soon made his debut in the NFL. 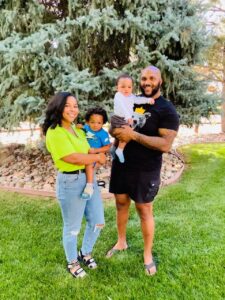 As he has grown on the field throughout his career, he says faith has also become an important part of his life. “I have always believed in God, but it hasn’t been as constant until recently. It has taken me getting older and becoming more of an individual and learning about God on my own.” Part of what has helped Casey in his walk has been his marriage to his wife, Ryann.

After meeting at USC, Jurrell and Ryann Casey hit it off. As they grew in their relationship with one another, faith also began to play an even deeper role in their lives. Ryann says, “To be honest, in the beginning when Jurrell and I met in college I was definitely a Christian. But, I do not think I really invested time in getting to know God and the Bible. While the beginning of our relationship was not rooted in God, more recently God has become the foundation of our relationship. Our faith has us allowed to understand how we want to raise our kids, the kind of goals we set in front ourselves and the foundation of our constant love for one another.” As they made that step towards growing in faith, they also both realized they had such a passion for others.

Ryann, a graduate of Loyola Law School, and Jurrell thought of an idea for how they could combine their gifts to support a cause that was close to home. 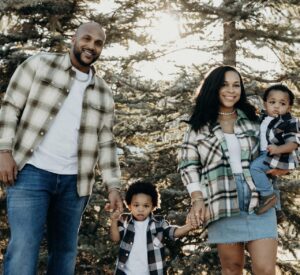 They soon began The Casey Fund, working to help formerly incarcerated individuals make a difference in their communities. Ryann says, “The Casey Fund started shortly after Jurrell and I got married in 2016. While Jurrell and I were dating we did a lot of discussing about our goals and our passions. We realized that through Jurrell we had an awesome platform and wanted to work on the best way to use it. My background as a criminal defense attorney encouraged half of our goals with the Casey Fund, and Jurrell used his background growing up in Long Beach, California as his influence. He remembers the resources he would have benefitted from more as a child and wants to provide that for youth now. So, together The Casey Fund aims to level the playing field for youth and people returning back home from prison through providing much needed resources for both of those communities.” As The Casey Fund has grown and shaped so many lives, Jurrell and Ryann are grateful for the chance to give back.

Now having just finished his 10th season in the NFL, Jurrell Casey says his faith has grown more than ever before. He says, “Recently my wife and I have really dived into the Bible. We have started a Bible study book where we are reading the whole Bible in 365 days, taking piece by piece each day. 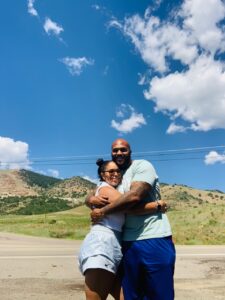 This newfound learning about the Bible has caused me to realize that for so long I took God and His love for me for granted. This past football season was my first year being hurt for just about a full season and it really sucked. However, God is good it allowed me to sit down and focus on Him and this Bible study I started with my wife. A true blessing.”

Although he treasures his role on the field, Jurrell says that he is even more proud of his role as a husband and father. “My faith as a husband causes balance because it teaches and reminds me about the type of husband I want to be to Ryann. Faith was the guiding force in our friendship prior to our relationship. We talk about everything and we would do these hypotheticals where we say, ‘what if’ a certain situation happened and how we would handle it. Initially our answers would be emotion based, but now they are more based on Godly principles. My faith influences me as a father because it makes me want to raise them in a way where they understand the importance of God and acting in a way that makes God proud. I am very insistent on making sure my sons know that they are to treat everyone with love and respect, to give to others, to forgive. I want to encourage and teach the qualities in them that will make God proud. Along that same path, I realize that the way I raise my children will have a direct impact on the community and the rest of the world. If I do my part in raising Godly children, then that will hopefully stay in them and cause a positive domino effect on the world.”

Although the 2020 season was not what Jurrell had anticipated as he sat out with an injury, he still took the time to learn and grow and become an even better husband and father for his family. As Jurrell and Ryann prepare themselves for what the future holds, they both rely on God and his plans for their lives, even when it may not be the most clear.


*Photos courtesy of the Casey family

Every Day is a Blessing - Malik Reed

Nothing to Fear - Andy Isabella

Being a Vessel - Gabby Curry, Alli Stumler, and Avery Skinner of Kentucky Volleyball

What is Truly Important - Hailey Harward